I’m really enjoying biking to work, I have 2 routes, one of which goes along the harbour, and has a steep but short climb and is 30 km (ish). The other goes along Gt Sth Rd and is undulating but is shorter at 28 k(ish).

That means I am doing 56-60 km a day when I cycle in, which is quite a nice distance on a mountain bike. Last night I was trying to keep up with a dude on a road bike but he was too quick. That higher gearing and narrow tires makes a huge difference. For awhile I was maintaining  equilibrium with him, but I was spinning at a much much higher rate (100rpm as opposed to about 80). Once I slowed to his RPM (we were both in our top gear) , he slowly pulled away from me and after about 2km was 1-200m ahead.

He commented, when I had caught him at some lights, that I was doing a pretty good job and getting a better workout than he was.. so that was pretty cool. Here are some of the stats from the route I took: 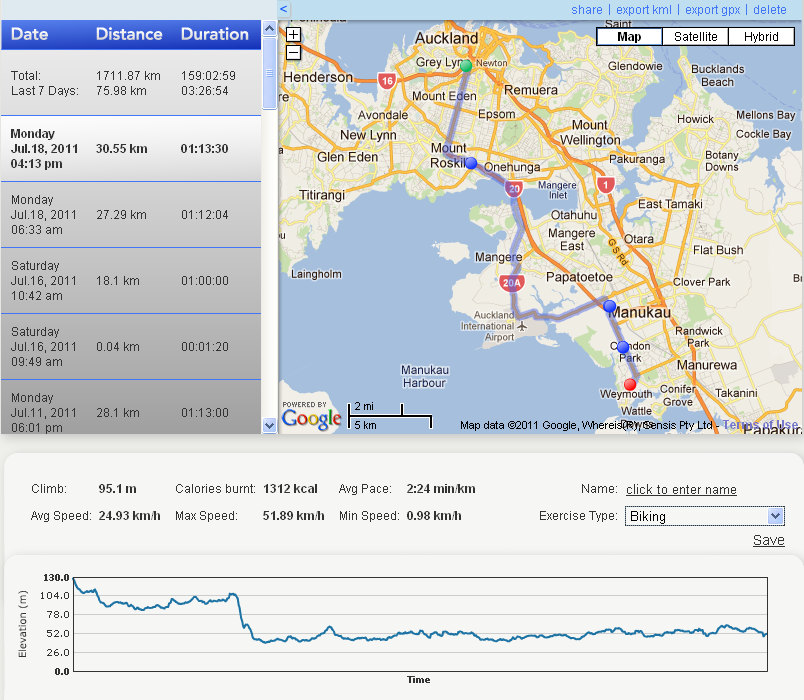 mad cycling in auckland…
a couple of things about riding motorbikes…